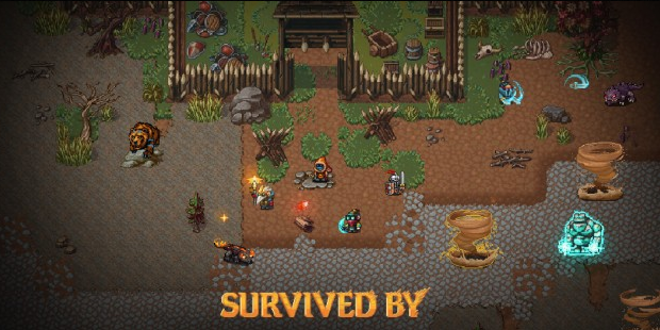 London Video Game stalwarts Digital Extremes announced today that their upcoming release “Survived By” has entered the closed beta stage. That means they are one big step closer to introducing the game to the whole world in Early Access on Steam.

It also means that the company will be letting in new players at a much quicker rate than before, so now is the time to sign up! As an added incentive, Digital Extremes also teased in their press release that, “Alpha and Closed Beta players just might find themselves with something special in the game when we hit Early Access.”

The testing phases of research and development are an incredibly important part of the process in video games. Survived By has been in Closed Alpha testing for NINE MONTHS, and has seen considerable changes thanks to things like forum feedback and bug reporting:

– Revamped the tutorial (a couple times)

– Updated art throughout the game and UI

– Plenty of balance passes on enemies, weapons, and characters

– Squashed bugs – lots of them

– We killed the NDA!

So with all of those changes in alpha testing, what will Closed Beta testing bring?

We’re working hard on adding in more ways to let you stand out from the crowd which you’ll see in our brand new attachment system – find your perfect pair of wings, footprints, or things on a stick…! As we move forward, we’re refining our event system, and working to make sure that Survived By has meaningful content for you to check out each week – the first of which is the Zenith Buff event.

If you’re interested in Survived By, you can sign up for Closed Beta testing, or join Digital Extremes Community Manager Katherine for weekly livestreams on Twitch.