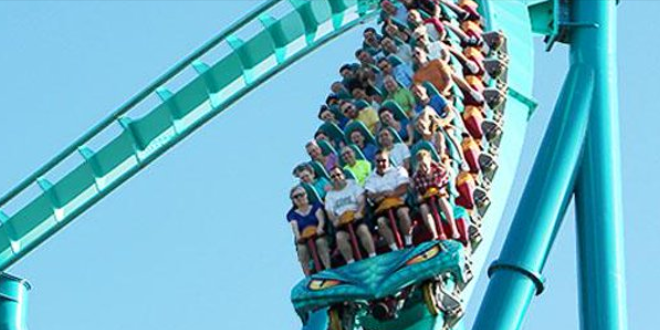 The popular amusement park has confirmed tickets purchased from Red Group Deals are NOT valid. 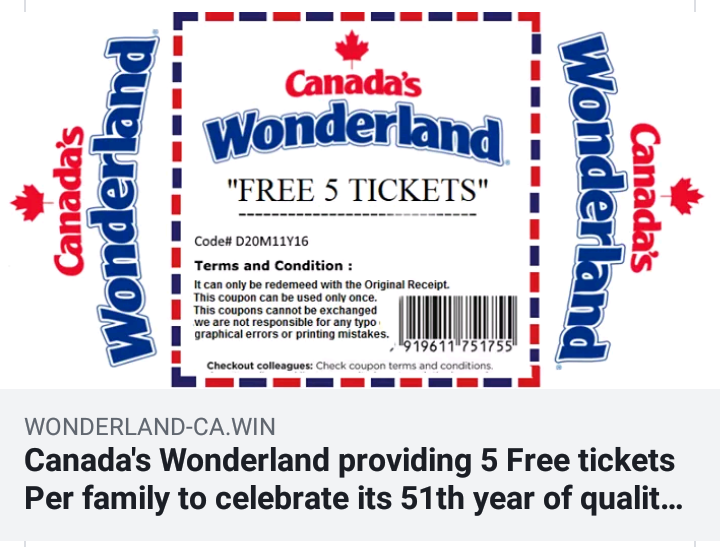 The scam asks people to click on a link, which in turn sends them to complete an online survey:

“You have been selected to take part in our short survey to get 5 Free Canada’s Wonderland Tickets! We only have 212 tickets remaining so hurry up!” 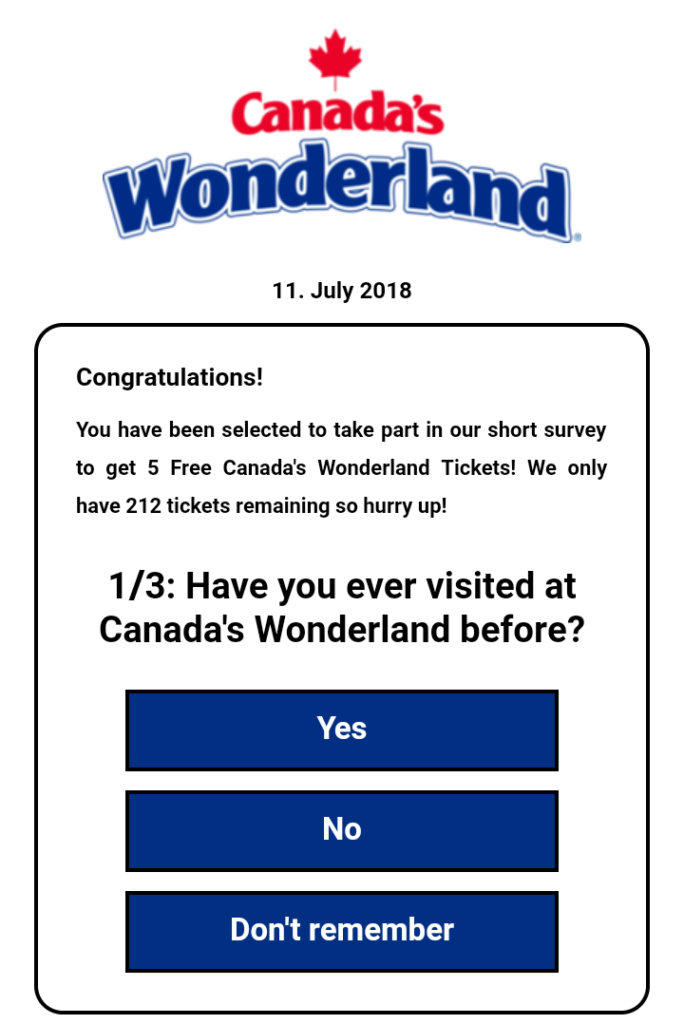 But the tickets are no good.

Canada’s Wonderland officials are advising people to purchase tickets at the official website, at the park’s front gate or from authorized ticket dealers, which include Costco, Perkopolis and Venngo.