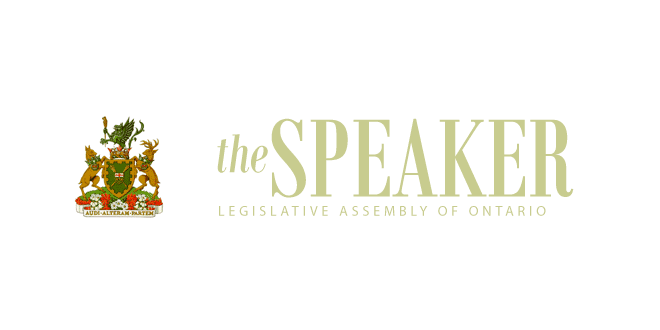 Veteran Progressive Conservative legislator Ted Arnott has been elected as the 42nd Speaker of the Legislative Assembly of Ontario.

Selected by a secret ballot of legislators, Arnott won on the first ballot against fellow Tory legislators Randy Hillier, Jane McKenna and Rick Nicholls. He will serve in the role acting as an impartial arbiter over debate.

The election of the speaker starts a rare summer sitting at the Ontario legislature that is expected to last at least two weeks. The new Tory government says during the sitting it will introduce legislation to scrap cap and trade, end the York University strike, and cancel a wind project in Eastern Ontario.