The city of London is filled with great tech companies, and great technology individuals. The technology sector here grows with each and every day, and with that growth, companies are born and re-born on a constant basis. Such is the case with MDEV, a multi-faceted digital agency that specializes in web applications and development.

MDEV is run by the dynamic husband and wife team of Lucas Moreira and Becky Domenico, both of whom have been involved in the web and/or marketing game in London for the last ten years.

Moreira initially went to Western in pursuit of a bachelor’s degree in Business, but soon learned that he had a different calling, and transferred to Fanshawe College to get an Advanced Diploma in Graphic Design. He has worked as a graphic designer, front end developer and architect, and software engineer in London, for the last ten years. Previous to starting his own company, he worked for other companies like SERMO, Ellipsis, GoViral, and Inner Geek.

“My past work experiences taught me a variety of skills that I have combined into the role I serve today,” said Moreira. “Most importantly I believe it was the ability to adapt to new work environments and to quickly spot where things could be improved that has most helped me with running MDEV.”

Domenico also graduated from Fanshawe College, with degrees in both Graphic Design, and Multimedia Design and Production. She worked for IES Group as a graphic Designer, and then for Zucora as a Brand and Product Manager, before moving to London powerhouse Lashbrook Marketing and Public Relations as Operations Manager.

“I’ve been extremely lucky in my career to have worked in a number of different capacities, handling both creative and operations-based roles,” Domenico said. “I’ve also experienced both agency and in-house work which gives me a unique perspective to help our clients navigate through the complicated waters of project-based work.”

The company is currently going through a transition and name change from Moreira Development to MDEV. When they started the company, it made sense to take advantage of Moreira’s reputation in the industry and use his name, but ultimately moving forward, they needed something more in-line with their services.

“We wanted a name that was more indicative of what we provide, which is more than just software development,” said Moreira. “Since many of our clients already affectionately called us MDEV, we felt it would be the best name to use moving forward.”

The company isn’t just changing in name though. They have changed their approach to providing a more holistic plan for serving their clients.

“Instead of focusing solely on the development aspect, we want to help our clients achieve success in every way that we can,” offered Moreira. “We will always provide development and design services, but our role is also shifting towards more consulting where we can help our clients unravel complex problems using technology and research.”

It’s perhaps that more rounded philosophy that landed MDEV the contract for London’s latest entertainment bonanza, The Factory. They spent the better part of the last year working on The Factory’s new website, which was launched about a month ago. Billed as “Canada’s largest indoor family fun centre”, London’s newest entertainment sensation had their Grand Opening last week.

Domenico said that The Factory website was “truly a collaborative effort from day one.”

“When the client first approached us, we quickly agreed that they would take on the challenge of messaging and written content and that we would handle the user experience, site architecture and design/branding requirements,” said Domenico. “With just a logo and an idea to work from at the start, the project and resulting digital property evolved daily as we worked through the requirements, resulting in a fantastic culmination of our efforts.”

Moreira and Domenico both went out of their way to mention the contributions of photographer and videographer Edward Platero, whom they said “found ways to showcase The Factory in a truly unique and professional way.”

The end result was a smooth, distinctive website, with a great modern, and multimedia vibe – exactly what a user would expect from a high end entertainment facility. It loads quickly and is easy to navigate, and on any device, as well as obviously containing all of the great features and services that The Factory has to offer. Most importantly, they delivered what the client was looking for.

“MDEV came highly recommended as an up-and-coming digital agency and they didn’t disappoint,” said Angela Hawkins, Marketing Director at The Factory. “We worked collaboratively to develop our new brand ‘look’ online and to design all the information on our site in a clear and engaging way. We are very happy and proud of the outcome of TheFactoryLondon.ca and look forward to working with MDEV on future digital projects.”

Lucas and Becky enjoyed working with The Factory so much, that they moved into the building! Alright, that’s not actually the case, but MDEV did just move into a great new space in the 100 Kellogg Project, that actually used to be the Human Resources department at Kellogg’s. The real story is that they chose 100 Kellogg because they believe in the project, and what it is bringing to the city of London.

That proved to be a sound decision, as MDEV has already additionally built the websites for The Next Level VR, and for the Powerhouse Brewing Company – both also located in 100 Kellogg.

In terms of dynamics, the couple couldn’t appear more happy to be working together, or comfortable with their work / life balance. Still, it’s always worth asking a husband / wife team what the trials and tribulations of working together are:

“I think the hardest part of working as a husband and wife team is separating home life from office life,” Moreira said, and then went on to jest that, “Since we have stopped working in our living room, this has gotten a lot better.”

For Domenico, the hardest part of working as a husband and wife duo is not making assumptions:

“We’ve been together for nearly a decade, so there’s a huge temptation to assume that you know what the other person wants or expects in a given situation, she said. “To avoid this trap, it’s important to have real conversations and ask deeper questions than you might with another business partner.”

Both of them are plugged into the technology community, and network through various local channels. Domenico is a committee member on the Ladies that Ux Meet Up group, and Lucas is is a new member of the Marketing & Communications Committee for the London Chamber of Commerce.

Moreira also has a YouTube channel called Loose Transistor, dedicated to freestyle drone flight. In true technology guru style, Moreira doesn’t just pilot the drones, he wrote his own firmware called Butterflight to improve control of the FPV drones. It’s a polished channel and Moreira not only feeds a hobby’s passion, but gets to show off some video production skills as well.

MDEV also just took another leap forward, adding one more to the team and hiring Graphic Designer Haly Hawkins. She recently graduated from Fanshawe’s Graphic Design program, which is something that both Moreira and Domenico were also passionate about; hiring local talent.

“We pride ourselves on providing an extremely high level of quality in everything that we do and we aren’t afraid to forge our own path when it makes sense to do so,” the team said. “We dare to be different and so do our clients.”

Perhaps what really makes MDEV different though, is the two people running the show.

Both are very interesting people, as well as very passionate, engaging and industry-knowledgeable. The innovative, custom solutions that they come up with for their clients do not stem from their wealth of knowledge and experience – though that obviously greatly impacts the equation – they are born from Moreira and Domenico’s earnest desire to understand, and then solve, the challenges faced by their clients.

They draw on their experiences to solve the problem, but it’s their unique passion to unleash their client’s potential, that should put them on your radar if you’re a business with web and mobile application needs. 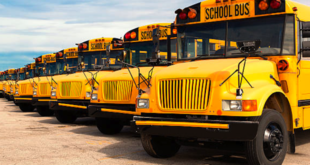 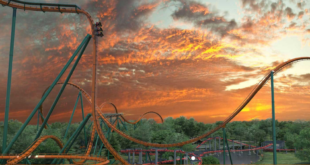