The Grand Theatre opened its 2018/2019 Season on Friday night with Prom Queen: The Musical – the touching true story of Oshawa resident Marc Hall, who in 2002, had to fight for the right to go to prom with his boyfriend.

The teenaged boy took on the Durham Catholic School when he was denied permission to attend Prom with his boyfriend, Jason. Unwilling to accept the school’s decision, Hall, with the unbreakable support of family and friends by his side, challenged the school board for his right to attend Prom. The fight went to court where the Judge granted Hall an injunction to attend his Prom with Jason, the very night the injunction was granted. 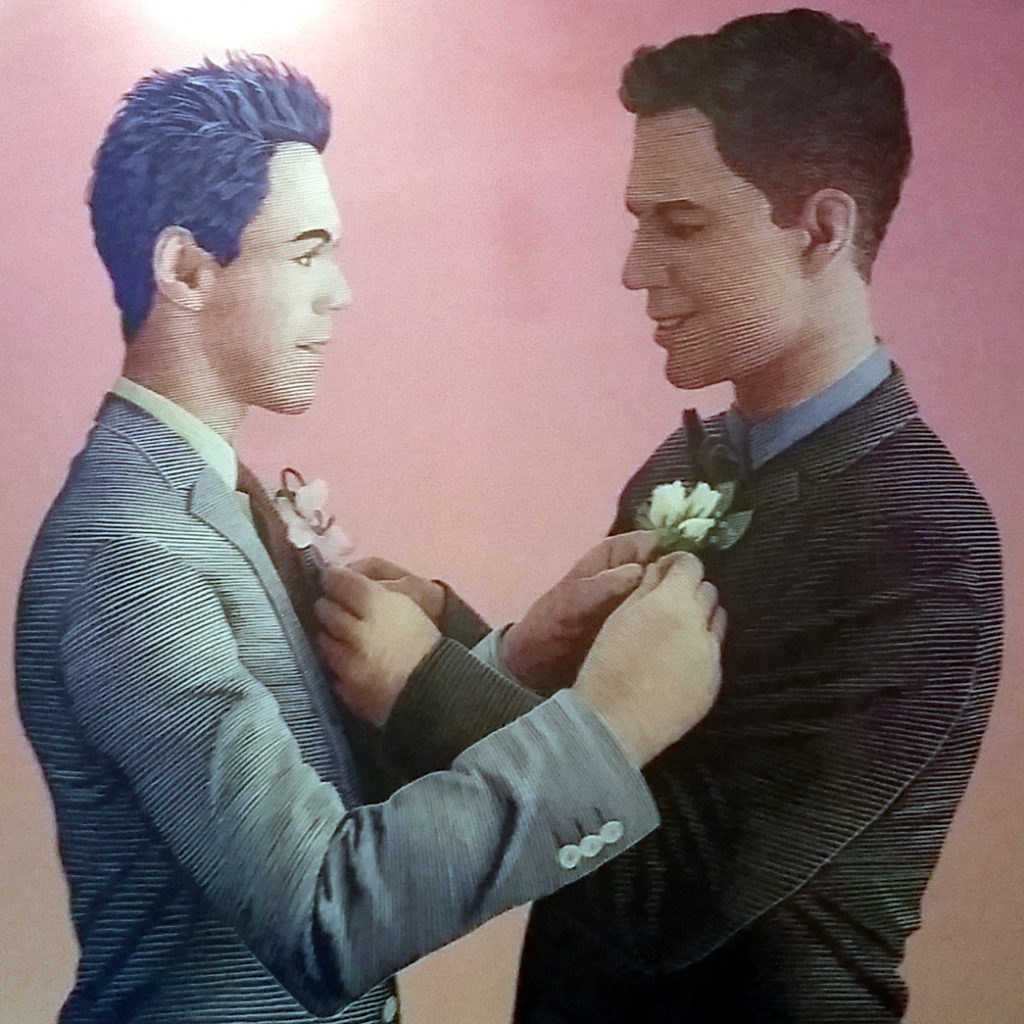 Prom Queen: The Musical is the first Canadian musical for the High School Project (HSP) collaboration. Celebrating its 20th anniversary, HSP is a local inniative through the Grand Theatre that gives incredible opportunities for students in the Thames Valley District School Board and The London District Catholic Board. The students learn all skills related to professional theatrical production. They have access to coaches in every department and the budget for this year’s project was $250,000. It’s no High School drama club.

Late last year, the HSP faced the threat of funds being pulled from both London school boards. The boards had no dispute with the LGTB content but that the play portrays the school and board in a less than positive light. The school boards restored their funding in January of this year.

Marc Hall himself, has built a relationship with the cast and crew at the Grand. He attended Prom Queen’s Opening Night and was invited on stage after the play to share his thoughts about working with the High School Project. Also on stage was Dennis Garnhum, Artistic Director of The Grand Theatre, who in the spirit of the night, attended in the same tux he wore to his own Prom, and with the same date, as well as the man he married. 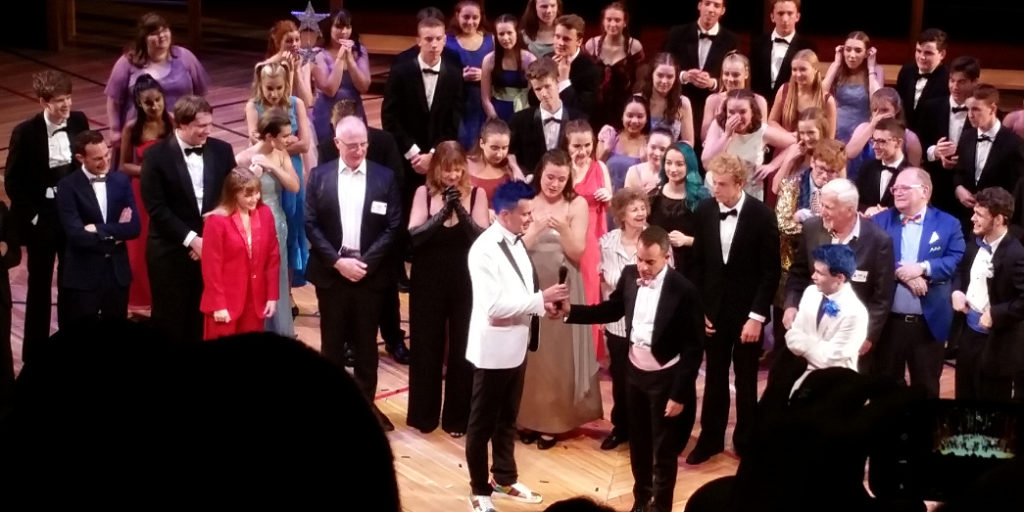 They were joined on stage by collaborators, Mary Young Leckie (Producer), Colleen Daucey (Music) and Avika Romer-Segal (Lyrics), along with Hall’s parents, lawyer, and other characters portrayed in the play. With everyone on stage, it was clear just how many people Hall had inspired – including the 893-seat Spriet Stage crowd.

Marc ended the evening by saying he was inspired by the effort and creativity put into his story by the HSP and The Grand.

Prom Queen is playing at the Grand until September 29th. Tickets start at $25.00. Prom Queen is an emotional story with plenty of comic relief and catchy songs and dance numbers. Expect to be inspired by the amazing group of students in the High School Project, and their performance.

It’s sure to make you feel Infinite.

*Recommended for Grades 7 and up.