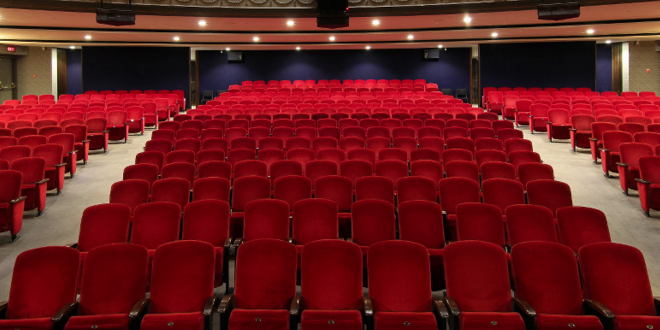 This Sunday, it will be an astounding 117 years since theatre magnate Ambrose Small opened the doors to the Grand Theatre (September 9, 1901). Over a century of entertaining Londoners from within the infamous walls, and the 2018/2019 season promises yet another year of entertainment, as well as social and political relevance.

Here’s a look forward to what’s ahead, along with quotes from The Grand’s Artistic Director, Dennis Garnhum:

AN UNDISCOVERED SHAKESPEARE
OCTOBER 11-13, 2018
MCMANUS STAGE
“From the creator of Blind Date comes her latest imagining. We are thrilled to be part of this new work in progress – and collaborating with the Stratford Festival. Blind Date has been seen around the world – imagine where this might travel.” – Dennis Garnhum

“One of the greatest people I have ever worked with was Timothy Findley. He was intensely patriotic and his passion for Canada was extraordinary. When he talked about this novel, he reminded me that we all live many wars in our lives – and it is how we navigate them that defines us.” – Dennis Garnhum

“The National Theatre is my (other) favourite theatre in the world. When I saw this play there recently, the explosive energy of these artists made for a thrilling night. Hilarious, joyful, impactful, and made for today. The Grand proudly welcomes London to London.” – Dennis Garnhum

“Raw honesty abounds in this production. It begins with Ian’s story, is illuminated by Emil’s theatricality, and explodes with the bold acting of the Crow’s Theatre company. It left me shattered when I saw this production, and I will never forget it. Never.” – Dennis Garnhum

“Our elaborate production overflows with joyful singing, dancing, and skating, along with gorgeous scenery and costumes. All in all, the best way to kick off your holiday celebrations.” – Dennis Garnhum

“It is one thing to read Atwood – another to experience her words on the stage. Listen closely as these women from ancient times speak modern truths.” – Dennis Garnhum

“It’s a hilarious ride down memory lane. I couldn’t stop thinking about Justin throughout – one of their many unique accomplishments.” – Dennis Garnhum

“Vigilante played to sold-out houses at the Grand two years ago, and London has inundated us with requests to bring it back. Let the music overtake you and the stories chill. The Donnellys return – careful what you wish for.” – Dennis Garnhum

“A contemporary classic – the play is grounded in gritty realism while sailing into lyrical inspiration at the same time. It leaves me both uplifted and devastated. That’s brilliant writing.” – Dennis Garnhum

“Some stories become more relevant years or decades after they premiere. This musical is set against a backdrop where a brilliant society becomes a scary, scary world: freedoms become restricted, being unique becomes a threat. Sound familiar?”- Dennis Garnhum

“The best way to finish a season of extraordinary plays and usher in springtime? Easy – the worldwide phenomenon of MAMMA MIA! Sit back, relax, and soak it all up. You deserve it.” – Dennis Garnhum

Quite literally, a year filled with thrills, chills, and playbills expected from The Grand’s 2018/19 Season. Starting the season is Prom Queen with the 80 students from The High School Project. HSP gives opportunities to local students wishing to build valuable skills in Theatre production, onstage and off.

An honest look into the private conversations between African men. Life, love, politics and good hair in Barber Shop Chronicles.

Then Warming our city with tradition and wonder for the Holiday season is A Christmas Carol.

Ending the year is the beloved Cabaret and Mamma Mia; just try not to sing along! Visit The Grand Theatre or Box Office for your tickets today.