In Zombie Bloxx, gamers face an unending horde of block hungry zombies, that are ready to pull you apart pixel by pixel. Fret not. There’s a wide array of un-lockable power-ups to take them down, from knives and clubs to tanks and brain crushing trains. It features dozens of creative characters to unlock and enjoy, from robots and rock stars to goths and mad scientists. Each character has their own specialized power-up that allows them to obliterate zombies in increasingly over-the-top ways: angry unicorns, lightning-fast nunchucks, fiery flamethrowers, raging bulls, and more!

The game combines the nostalgic charm of pixel graphics with the vibrancy of 3D environments to create a vast world that is full of life. Each character is packed with personality.

The update implements a variety of in-level missions that challenge players to accomplish different feats in order to earn Stars. When a player has earned enough Stars, they can advance to a new map that has even even more fun levels and unlockable characters. Each map contains two bonus levels, where players have the chance to earn valuable gems.

Finally, Update 2.0 is showing its patriotic spirit with the limited Undead-pendence Day event: a tower defense game mode where players must defend the White House from waves of zombies using a vast arsenal of weapons! 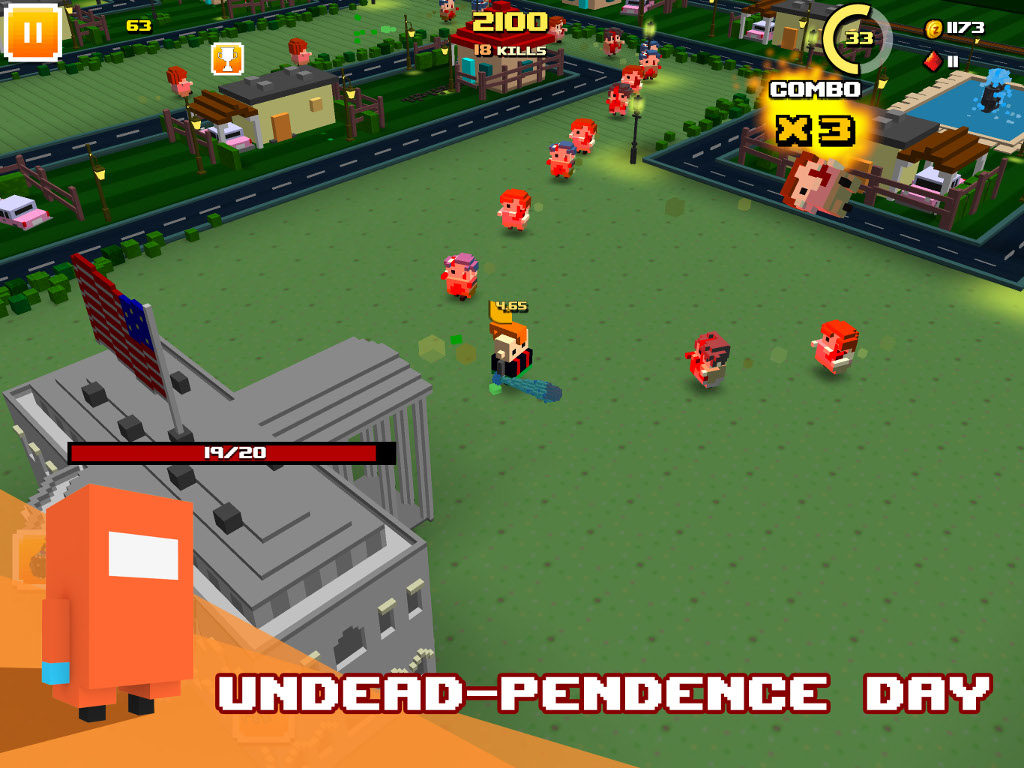 Zombie Bloxx is currently available for 40% off on Steam during the Steam Summer Sale.

It is available for free on the App Store and Google Play.

To learn more about Zombie Bloxx and download the app, visit www.bigbluebubble.com/zombie-bloxx/​.

Big Blue Bubble is a pioneer in the mobile gaming industry and has developed more than 100 video game titles since 2004. Having entered the field long before the days of smartphones, they maintain a proven track record of being the first to market with a variety of innovations in technology and game design, including original gameplay mechanics and revolutionary cross-platform game engines. These milestones have solidified Big Blue Bubble as a long-standing industry